‘Bruce Lee was brought here when he died and his coffin was carried out by Steve McQueen and Lee Marvin.’ A pause in the conversation. A sip from a glass of Speedway Stout — chocolate, vanilla, booze, darkness visible. I looked at the man next to me at the bar, friendly, tattooed, probably politically aware in a way I’m not, willing him to continue the conversation, he was drinking North Coast Old Rasputin. ‘I guess there would have been others helping to carry it but the Cooler King and the Wand'rin' Star man are the guys.’

In Seattle at May’s end, stumping the streets, listening to the singing fishmongers in Pike Place Market and asking the barman at the Elysium bar Avatar why the place was so quiet on a Wednesday night, I went up the hill to Pine Box. A former funeral home (this brief home to Bruce Lee), this was the bar that most people I met recommended I should visit. So I did.

Inside, there was hip-hop in the background, which I always used to enjoy, and stools at a long bar, with 30 taps behind, the steel glittering in the light. Robust, young, friendly, lively, noisy — I liked the noise, the starling like chatter, it reminded me of a Brit pub on a Friday night, people unafraid to have a few beers and make sounds that might frighten those who come in with a smartphone and a list with which they would like to tick off in silent. This was smart beer drinking, enjoyable beer drinking, pleasurable beer drinking, beer drinking as a joy rather than a duty (which is what I’ve always said), beers from the likes of Rodenbach (Grand Cru), 21st Amendment, Hopworks Urban Brewery (Kronan the Bourbarian Baltic Porter) and Hair of the Dog (Session IPA), all thrusting their way forward, all vying for space in my glass.


‘Any ghosts here,’ I asked the barman. He handed me my serving of Kronan and smiled and went on to serve someone else. I relaxed and listened to the river run of voices and wondered which one was the one who wasn’t really there.
Posted by Adrian Tierney-Jones at 08:53 No comments:

The earth falls off its axis 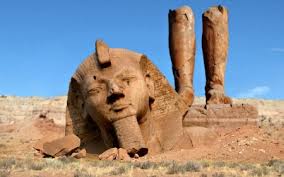 Empires rise and fall, kings and queens come and go, all political careers end in failure, while the sale of a potent striker to a neighbouring football team is cause for grief. Kids leave home, girlfriends and boyfriends grow apart, parents die.

Breweries and beers also wax and wane. In some towns people used to define their identity by the brewery, the football team and the regiment — all gone, apart perhaps from the football team who now play in a different place under a different name. Pubs close and their shades stand on the corner of a street in a house through whose windows a lampshade might stand where Fred the butcher went in for a ‘alf-and’alf. Rock groups fall apart, singers deliver destructive habits, guitarists go awol and the last song is sung and we mourn and go on.

Heineken buys 50% of Lagunitas and the earth falls off its axis if some of the responses on social media are anything to go by. What took them so long is all I can say? The men and women who set up the breweries of the 1980s and 1990s are growing older; they are not patriarchal family breweries like you still see in patches of England; the kids might have gone onto do something else (and maybe been just as successful). You want the beer to be good, the people around you still to have jobs, and it’s life, it’s business and you get a good deal (but don’t get your beer made by Grolsch, that’s the pits even though I like a Grolsch now and again) and life goes on and great beer remains to be made and if the deal really goes sour there’s plenty more beer to be drunk (not Heineken though, I always find it overly sweet and prone to cause biliousness). Commons for instance, Hair of the Dog, Buoy, Fort George, Odd Otter, Cloudwater, Thornbridge, De La Senne, Birrifico Italiano.

Heineken takes a 50% share in Lagunitas: it’s hardly Isis at the gates. Now that would be worrying.
Posted by Adrian Tierney-Jones at 21:54 1 comment:

And the other day with my palate pithed to hell all I felt like for my next beer was a pint of Old Hooky, a stunningly fresh Old Hooky, the kind of beer that would leave a delicate trace of lacework down the glass as I emptied it; the kind of beer whose maltiness was both silky and mocha coffee, bossed about by a rich and bold citrus fruitiness and ending with a biscuity, cracker-like dryness. It was sunny outside but I wanted to sit within the cloister-like silence of a bar and concentrate on this kind of beer, a beer that I would remember and recall, a beer that is as much a part of my cultural network as the Passacaglia in Rubbra’s Third Symphony or Joe Strummer, standing legs astride, forever fixed on the stage, telling a cultivated mob that London’s Calling. That was the kind of beer I really wanted to have next. But I couldn’t, so I made do with a memory and walked out into the sunlight.

Posted by Adrian Tierney-Jones at 14:27 No comments: