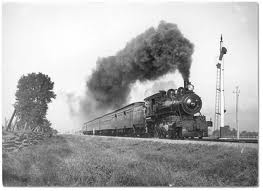 Seems like that there’s a lot of steam being blown about regarding craft beer etc in the world of CAMRA at the moment. In the letters pages of the current issue of What’s Brewing a couple of correspondents seem to be standing up for craft keg: ‘while a good pint of cask ale is always going to be nicer than a keg beer, these newer beers are not, as Peter Jackson writes (WB, Jan), the spawn of Satan’; ‘CAMRA should be all-encompassing, supporting and promoting all good beer, whether it is real or craft’. Then on page 7 there’s a piece with the headline ‘Taste not ideology must rule’; this is written by Jim Scott who has been in CAMRA since 1988 and the line that jumped out at me was this one: ‘I think we should judge with our palates and not ideology or — heaven help us — be shackled to that obstructive corpse called tradition. We should welcome the newcomers as separate but, unlike their effervescent predecessors, equal, and unashamedly enjoy both’.

However, CAMRA also have their AGM coming up in Norwich and the Bradford Branch has put forward a motion, part of which says: (this Conference) ‘recognises and asserts that the terms ‘craft ale’, ‘craft beer’, ‘craft keg’ and similar terms are meaningless and misleading. Conference therefore instructs that these (and similar) terms should not be used in any CAMRA communications and publications except where absolutely necessary, for example when quoting other sources and use of the term cannot be avoided. Where it is absolutely necessary to use any such term in CAMRA’s communications and publications, the qualifier (sic) should be used after the term and where appropriate the term should be put in inverted commas.’

Some interesting conflicts seem to be arising here and I expect the steam to keep billowing for some time yet, though while all this agonising is going on more and more great beer is being made and drinkers are not worrying what container it arrives in.
Posted by Adrian Tierney-Jones at 11:04