Beer with a view 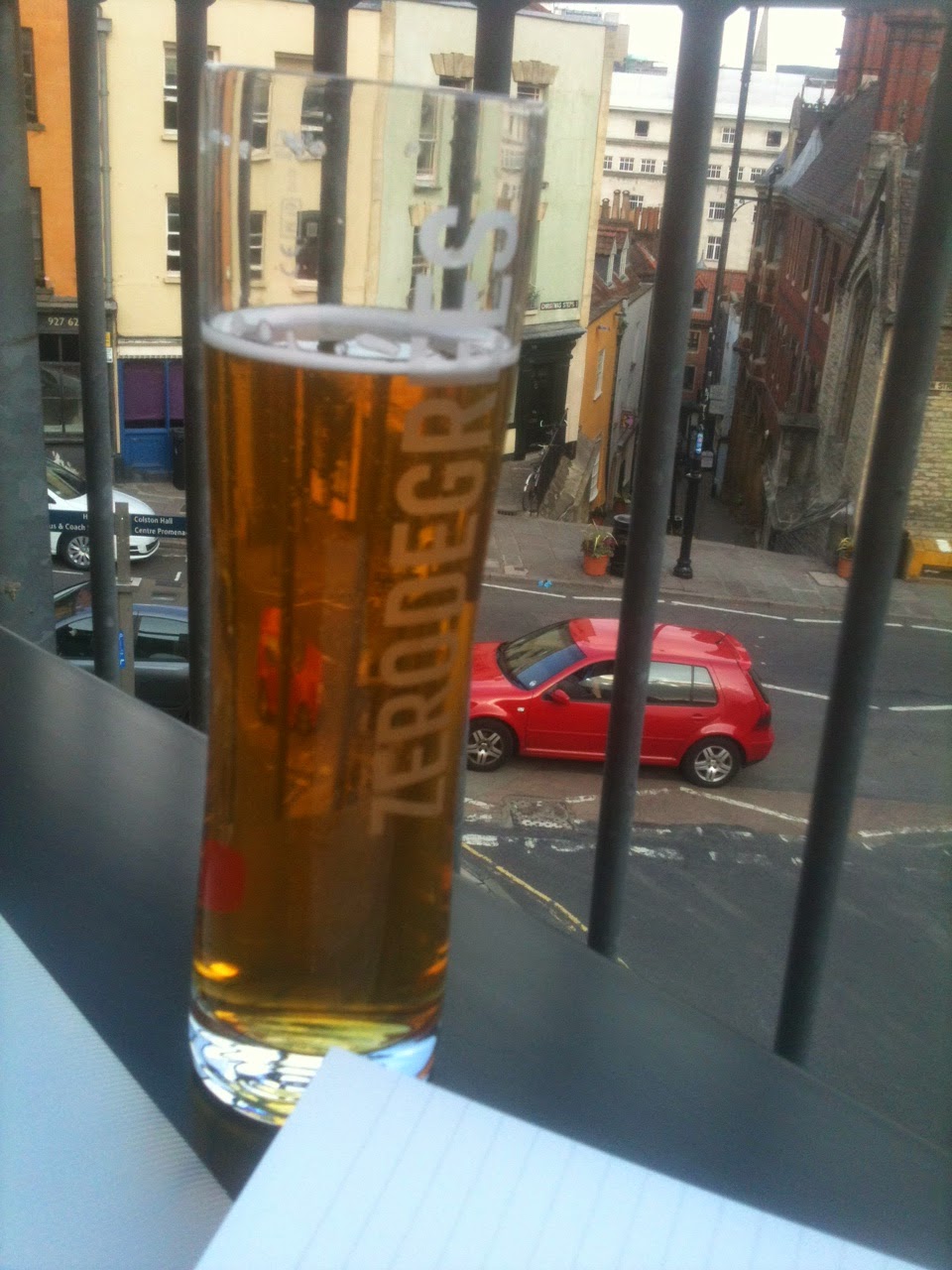 A flight of pigeons, Venice echoed, Don’t Look Back, St Mark’s Square perhaps, wheel in the tight space above Christmas Steps, while the backbeats of some dance tune, I know not what, whirl from somewhere amongst the slow, jerky trail of Friday evening traffic down below the balcony on which I sit. A bruised gold glass of English — Bristolian — Pilsner stands sentinel-straight on my table as I watch both birds and cars make their different shapes in and above the space we call a street. I like Bristol’s Zero Degrees, I like the stainless steel vessels, the lagering tradition and the temptation of time; I like the quiescence of a brand that doesn’t really shout but still makes great beer (and wood-fired pizza too). As I sit and gulp my Pilsner, a glass of beer that brims to the rim with Saaz spice and niceness, its brisk and frisky character gambolling on the palate, and its bracing bitter finish putting me in mind of Zatec 12˚, I enjoy the view of an irregular roof-scape of turrets, chimneys and spires and another sip later, and a turn of the head, take in the contrast to the clean and angled shapes within Zero Degrees. Sometimes a beer with a view is all I need.
Posted by Adrian Tierney-Jones at 11:50 No comments:

In the US for the first time

In the US for the first time in the summer of 96. In Cambridge, on the learned side of Boston, and let’s go for lunch I said to my wife. A scan on the internet had suggested a brewpub, Cambridge Brewing, and in we went. Massive plates of enchiladas, beef slathered with cheese, and a flight of tastings, three beers (pale ale, amber, wheaten), to be followed by a pint of the brewery’s Tall Tale Pale Ale, my favourite, and as I wrote blithely in my journal later in the day: ‘a style of beer which seems to be very popular among the micro-brewing fraternity’. And looking at that day 18 years ago I have also written down Sierra Nevada Pale Ale, which I seem to remember being more expensive than the local beers — it was a familiar beer and I vaguely recall feeling as if I was cheating by drinking something I already knew. During the trip I also had beers from Rogue, Ipswich, Portsmouth and Harbour Bay breweries according to my journal. My first American craft beers in America and later on in the year my first printed beer article in What’s Brewing. I now wonder if America was the catalyst that made me want to somehow articulate my own thoughts about the world of beer. Sounds familiar.
Posted by Adrian Tierney-Jones at 11:00 No comments: 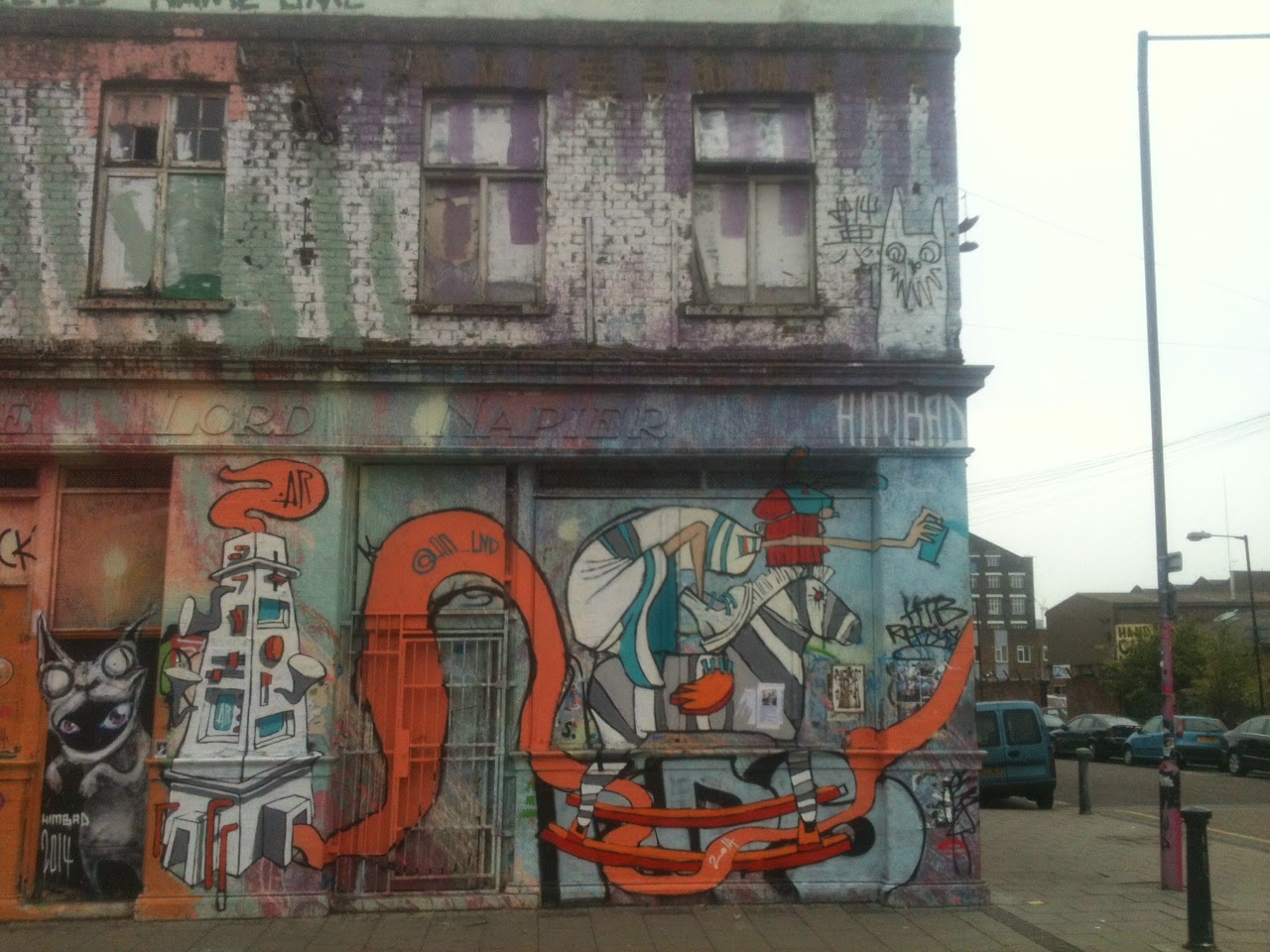 It’s in London and it’s by a canal, a canal whose surface is a skin of softly spoken repression and has a kinship with the flutter of air that strokes and pokes the skin of water and sometimes makes the house-boats bump against each other like beasts at a waterhole.

It’s in London and there’s the tut-tut, looking-through-the-curtains rhythm of machines across the canal, the movement of hi-visibility yellow, the governance of the land as this part of Hackney Wick keeps being developed.

It’s in London and there’s a van, and a man with another man, clanging kegs and casks, the lion and the lamb, the van picking up beer that’s ready to stake its reputation right out there on the Margate pier that London’s beer arena has become. Crate Golden Ale, a glowing glass of goodness that revitalises a style I, day to day, find so unawesome but Crate Golden Ale turns things topsy-turvy and makes me glad to have found it.

It’s in London and there’s a gleaming glass of dark golden beer, held in front of me, a refreshing zip and spritz on the tongue, an amber-sweet cloud of comfort that reminds me of lying down in a warm meadow, with a sob of hop and a Beretta shot of bitterness in the finish. Truman’s Runner.

And outside in the street a once pub, once called the Lord Napier, stands on the corner, blitzed —a word abroad in the manor 70 odd years ago — with colour and words spread across its façade, jam on toast, now closed, boarded and shut, a sign of the cross to Crate, where the van with the man and the other man with the kegs and casks of beer, the lion and the lamb, pick up the beer.

And somewhere in London, somewhere where the postcode signifies a city, someone sets up a mash tun and boom it’s…
Posted by Adrian Tierney-Jones at 09:09 3 comments: 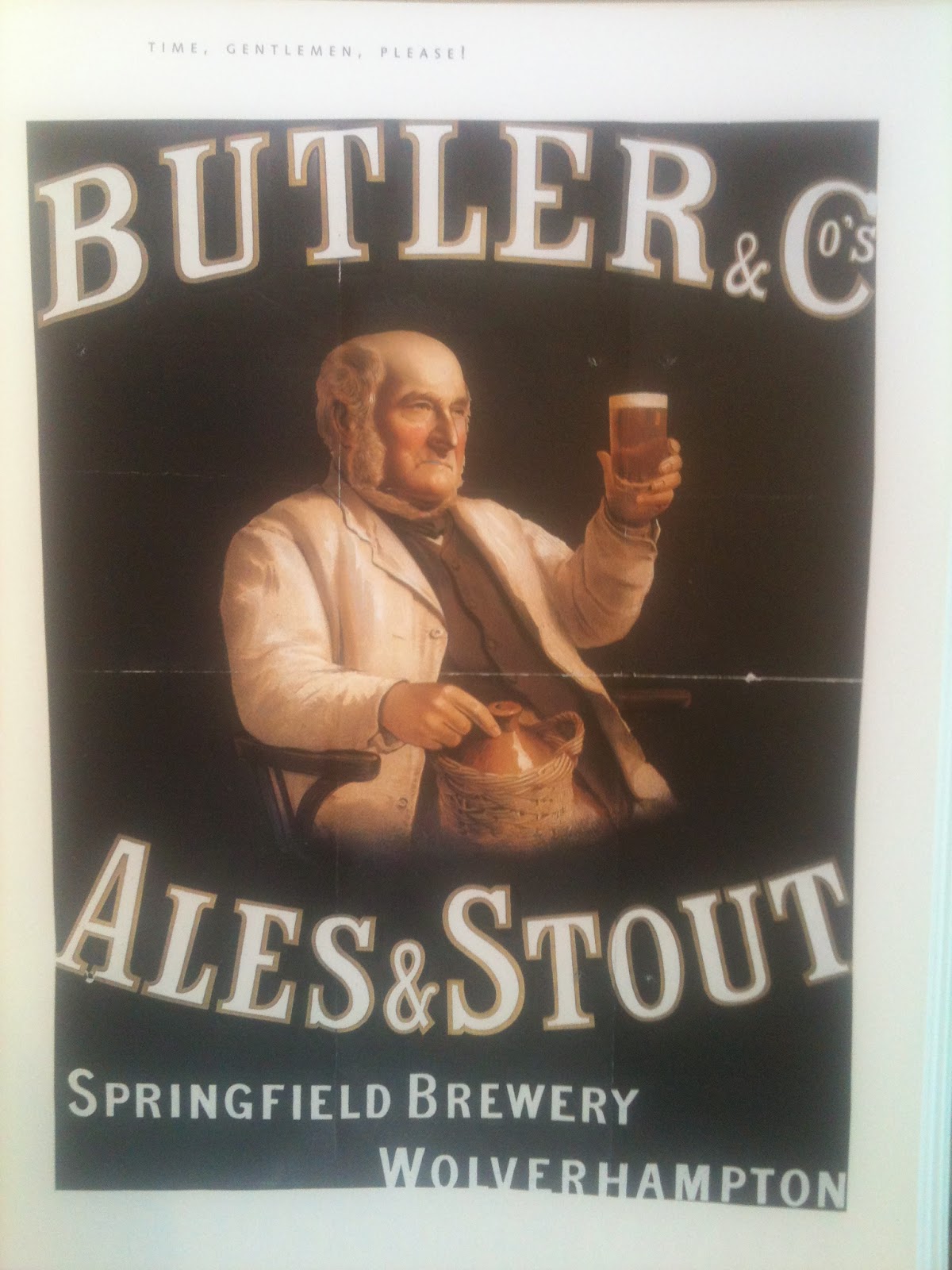 In a continuation of the prosaic: beer has people, it has buildings, it has cities, it has countries, it has monarchs, it has a gastronomic tradition, both flitting between high and low and it is also the character at the docks with the much travelled suitcase as well as the stumbler in the station waiting to head off on a journey they’re not sure on as well as the secure-in-his-or-her station as they look through their wallet and worry not a jot; it is beer and it is clear that there is so much more to be said about it. I’m in.
Posted by Adrian Tierney-Jones at 09:00 1 comment: