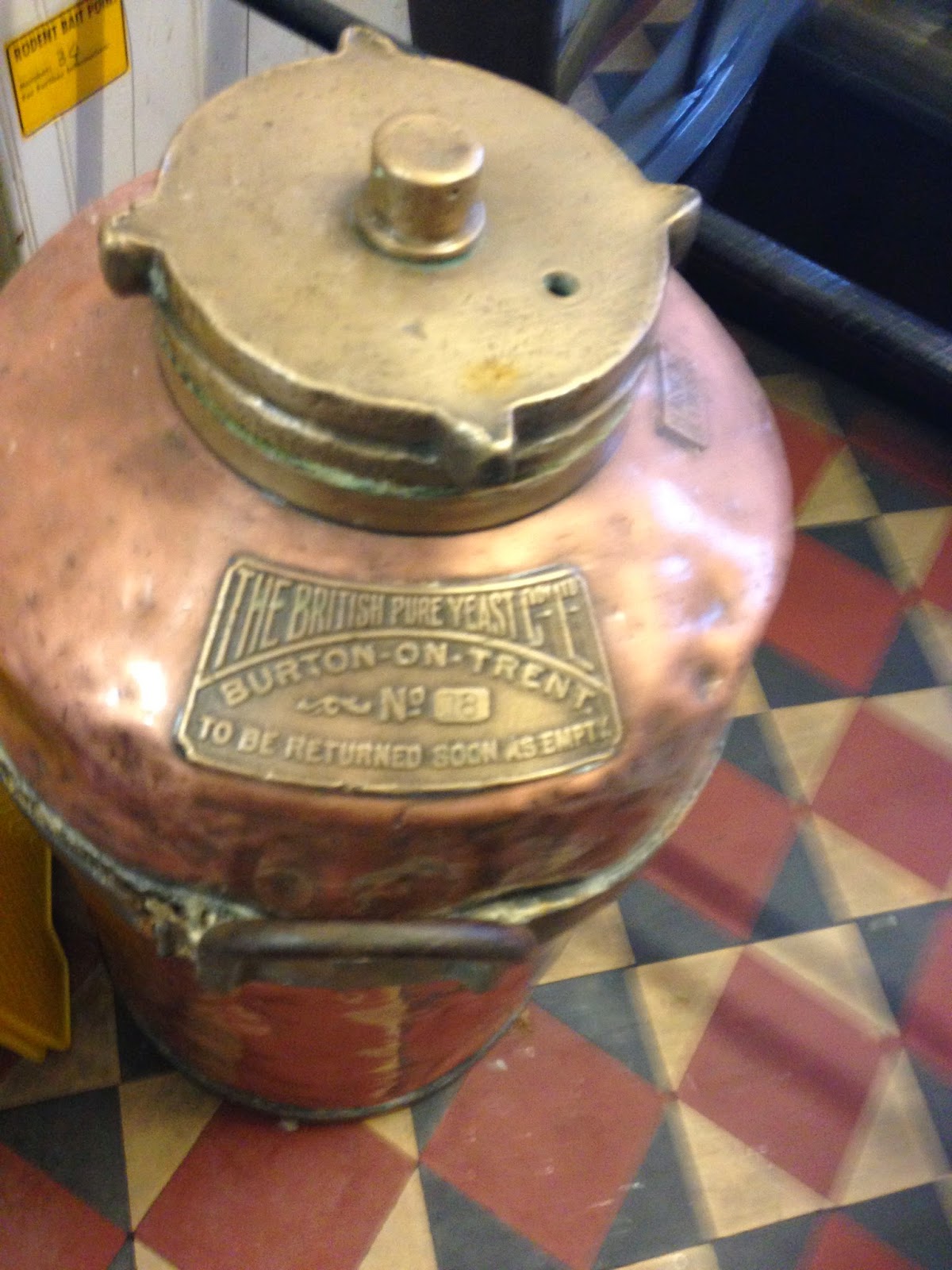 Does it matter if a style/variety/type of beer vanishes, does it matter if, say, Burton is no longer made or if it becomes known under another name? Do we ask if this beer in the glass is really a Burton or is it something else — and should we care? Can one feel a sense of sadness if a cherished style of beer is subverted and converted into something else and how would this metamorphosis take place?

A brown ale becomes a mild and then goes on to be a rootless subject in the world of beer, wandering and clambering around the steps of this world, an Ancient Ale Mariner, an eternal refugee from its original identity, unknowing, bellowing its anguish and throwing no shadow when the sun comes up. Gone before we knew it was going, expect it’s not really gone, it’s invisible and might as well be gone.

But let’s have context: it’s not the tragedy of the fall of the African elephant or the end of a tribe whose language might have turned a key and opened a door onto the origins of early human discourse. Its passing is rarely noted by many. However, on the other hand the end of a style/variety/type of beer is the end of one small part of the way we map the lives we live, the way we order the food and drink and place it in the place from whence it came, the way we give our food and drink an identity, a relationship with a city, a town, a region, a country. London and Porter, Burton and IPA, pale lager beer and Pilsen; or maybe it’s a history with which a beer style can be associated, such as IPA and the Victorian age, Porter and Georgian London. So all of this does and should matter.

Sure, the death of a style/variety/type of beer is part of the forces that the market thrives on and a death in the family can come from no one wanting to drink a beer anymore, be seen with it, quit of it, but styles/varieties/types of beer (or whatever you want to call a variation in the beer brewed) bounce back, reanimate, reappear, and take a life out of the pages in the book that Porter wrote.

And with this in mind I take a break from an article I’m writing about the English-style IPA and what I see as its submersion in a sea of bright coloured, boldly hopped, briskly carbonated, Carmen Miranda-ed and occasionally unbalanced beers that call themselves IPA. I like subversion in beer (and submersion), but I also have a fondness for the English-style IPA and would hate to see it go the way of Burton, but as we see with Porter and IPA, yesterday never really dies.
Posted by Adrian Tierney-Jones at 08:30 2 comments:

There are happy faces, there are faces that have happiness etched upon them like streaks of charcoal on a canvas and we know what will happen next: colours will concur and art will embed itself on the canvas that was once blank; there are shrieks and creaks of joy as a new beer is sampled, an elderflower note here and a boisterous and bolshy hop character there — mosaic, citra or maybe it’s centennial (while those beers with goldings, EK naturally, and perhaps fuggles, smoulder and shoulder their hurt in the background). There are tables full of people, beer drinkers not consumers please, in front of me, the time is edging towards 1pm and it’s time to take on the happy flight of opening the mouth and engaging with drinkers, one of the best parts of being a writer who makes beer as part of their beat. The Winchester Beer Festival it is, they asked me if I’d like to do a tasting, take myself into the world of a speaker and take people through a series of beers, all of which I linked to Britain’s Beer Revolution. I’ll be honest: speaking in public is easy, standing in front of a bunch of people is such fun, especially with a glass in the hand; I did it first as a kid, not with a glass, some crap in school, and then when in a band it was so easy to engage and so I find myself doing beer tastings and beer talks and I do love them. Back in Winchester, I’m announced as an expert which I quickly tell the assembled I’m not, just a journalist who got impatient with the way beer was being portrayed and thought he’d have a go. And the next hour ebbs and flows, a tide of words, glasses lifted, amber, blonde, midnight black, questions asked, answered, clasped to the chest, this is the way beer goes, this is the way beer goes. Thanks for coming, enjoy the rest of the day, it’s time for a drink or two. Until next time.
Posted by Adrian Tierney-Jones at 10:16 No comments: 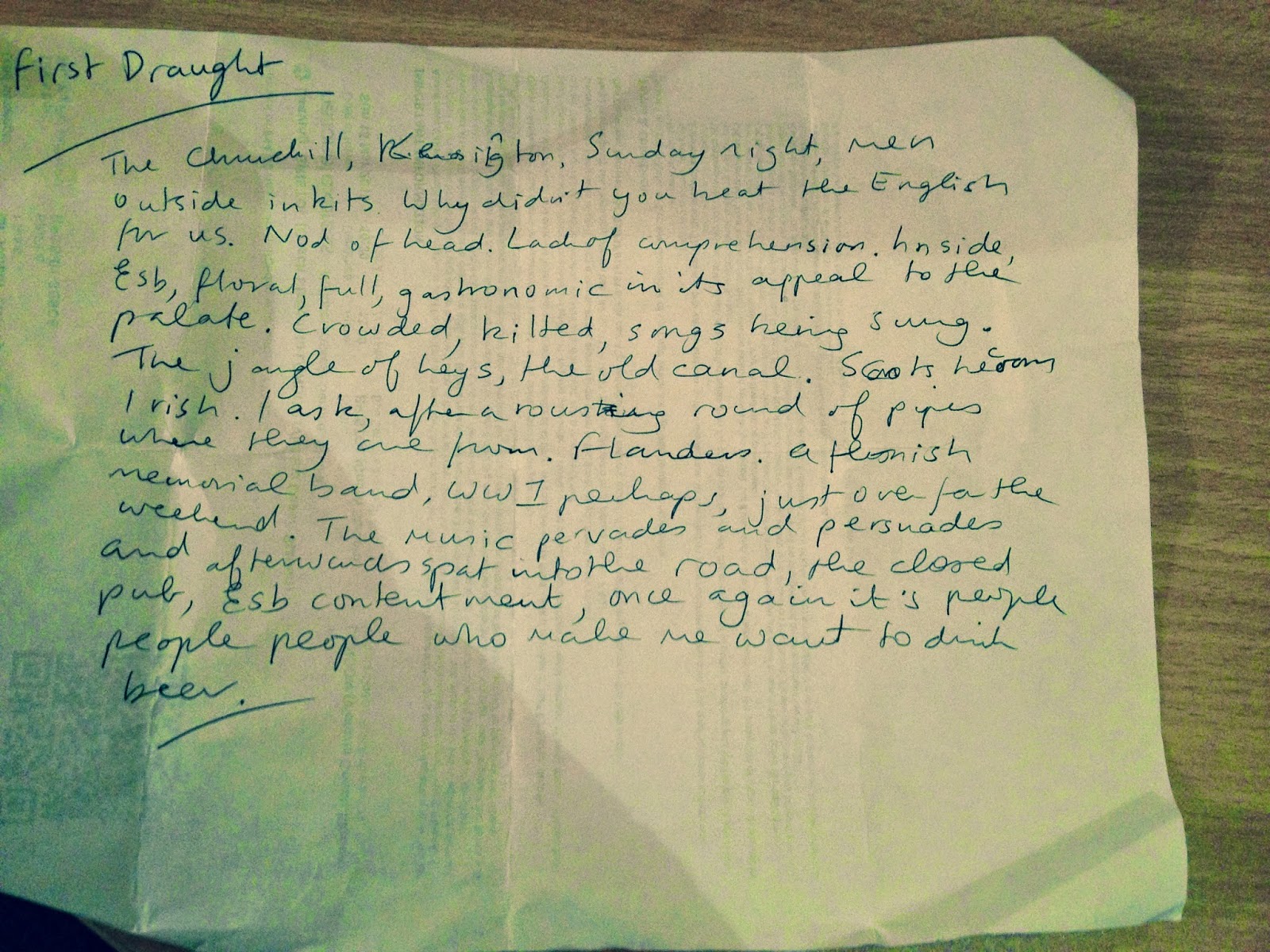 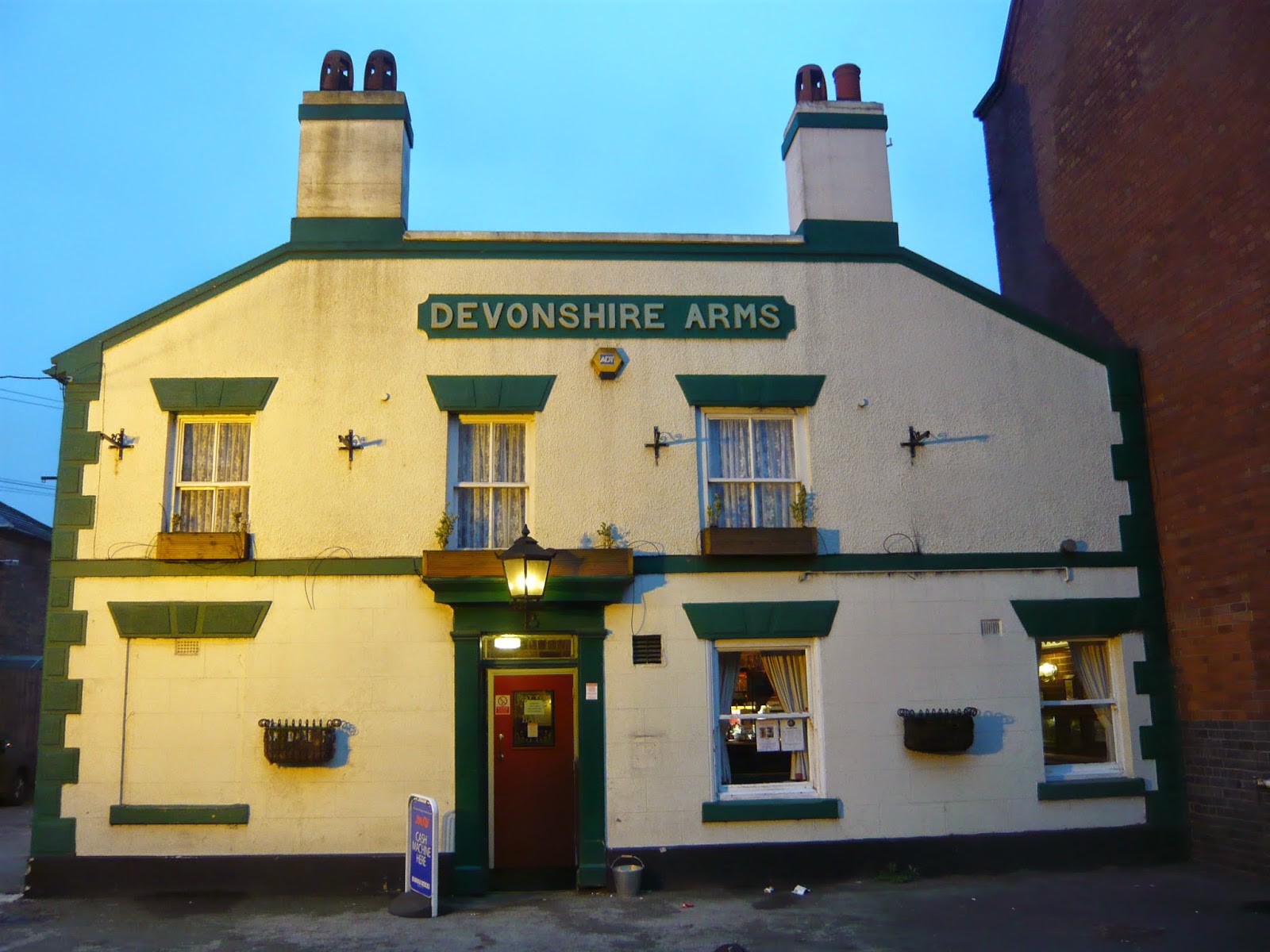 And there I was in a pub, the sort of pub in which I felt at home in as soon as I slipped in through the door, and across the road, in the distance, the big building that once housed Ind Coope’s brewery stood, reminding me of Ozymandias and his ruins and the end of things and Burton’s decline, while directly across the road, the Herculean conical containers of Molson-Coors towered over the road, like a crowd of nosy parkers looking across the garden fence, but in the Devonshire Arms I felt snug and occupied with the matter in hand, a glass of beer and an ambience that geared me up for an hour or two of escape. And you can read my review of this Burton gemstone in today’s Daily Telegraph here.

Posted by Adrian Tierney-Jones at 09:40 No comments: