The gravitas of originality 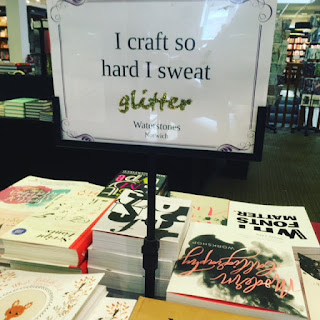 Even though years have passed since I read Roland Barthes’ essay The Death of the Author, I still ask myself who is writing when I form words into sentences and then separate them by paragraphs. Is it me, being original, is what I have written influenced by the people I have met, the landscapes I have travelled, the beers I have drunk and my general approach towards the world? Or am I just a channel for the words of other writers — and if so, who were they channelling when they wrote? This thought returned to me after the latest issue of Original Gravity went to press last week, when I was editing one of my reviews on the Tasting Notes page. I had written about how the beer’s bone-dry finish ‘lingers like a police informer in a dubious cafe in postwar Vienna’. In thinking about this, I wondered if I was being original (I’d just finished the first volume of The Demons by Heimito von Doderer, where a lot of the characters drink and talk in Viennese cafes, though there are no police informers as far as I know), or was I channelling an image/a phrase from, say, The Third Man (both the film and the book)? Who was writing? Me or someone else? Or was this the sum of all my cultural influences and not original at all? At the moment I have no answer and it all might seem a bit navel-gazing, on a par with wondering if this beer or that beer is craft or a Twitter poll asking if respondents have special drinking clothes. However, I suppose in the same way that some beer-orientated writers are transfixed by such moods and thoughts, I still remain fascinated about where words come from, especially when I write about beer. I know where beer comes from (the land), but I am not sure where words come from — and this endless fascination and sense of inquiry and need for clarity is what keeps me trying to make sense of the world of beer, whoever’s words I speak.
Posted by Adrian Tierney-Jones at 12:11 No comments:

And then I replied

I wasn’t entirely serious, I was looking around the room, which has books piled up everywhere and hunting for a title that would be both esoteric and perhaps make some sense. And there was a Batsford book called Welsh Border Country. Obviously I dropped the Welsh, which would make even less sense. This morning, I thought about it a bit more especially after reading Boak & Bailey’s monthly newsletter, which featured their commentary in the aftermath of a social media scuffle following their blog post on the possibility of Beavertown being made ready for sale at some stage.


Border country? I like border areas, where two lands shuffle up against each other and you get the best of both. I would never return to live in Wales, but the borders would have its attractions. With beer writing, it feels as if on one hand there is the old traditional campaigning side of beer writing on one side of the border, nurtured in the once scared halls of CAMRA and now mutated to writing about diversity, brewery sellouts, why this beer festival is a game changer etc; on the other side of the border there’s the fanciful notions of beer, the poetic side of things, the sensory writing, the people watching, the personal experiences within the context of beer. Both have their validity and maybe someone somewhere will inevitably argue that beer writing is more of a federal state with a variety of identities. That might be true but for the moment my thoughts are in the borders.
Posted by Adrian Tierney-Jones at 15:01 No comments: