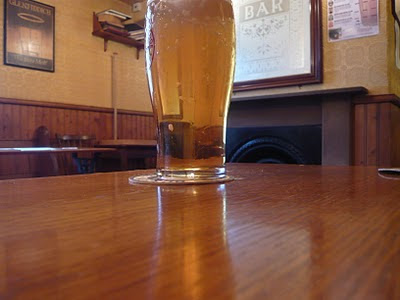 There are many rooms in my father’s mansion. You could say the same thing about Burton-on-Trent, albeit with a brewing rather than biblical twist. Everywhere I go, there seems to be an old malt house here, a former brewery there and — CCTV-like — it seems one cannot escape from the all-seeing eyes of the conditioning tanks of Molson-Coors, that rise tube-like, rockets without their cones, to the glowering Staffordshire skies. Redbrick houses from the middle of the nineteenth century line the road from the station into town: an old tower brewery here, a former grain store there. Over onto the road that leads down to the bridge that spans the River Trent, plaques tell a story: this was a brewery in the eighteenth century, this was the site of the Lamb, this was a malt house and just before the bridge we get to the Bridge Inn, home of the Burton Bridge Brewery. Early doors at 11.30am, jostling with the coalman to get in. A pint of Golden Delicious — a creamy mouthfeel, dry brittle finish.

Last night I was at the opening of the William Worthington Brewery in the old Joiners’ Store next to the National Brewery Museum. Lots of beer, beer and food, the ever excellent Steve Wellington (below right) leading the crowds onto the platform that overlooked his new stainless steel kit, White Shield with venison pie, and a special Celebration beer. And afterwards, all to the Coopers, where one of our party was nearly knocked onto the floor with surprise, such was his appreciation of the Draught Bass (it used to be so Heart of Darkness: the horror, the horror). 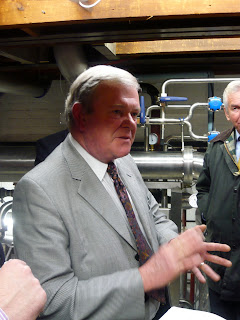 I will be honest: in the past I haven’t got Burton-on-Trent. I first went there in 1997 to interview Steve, my first ever beer interview (I was nervous, even though I had been interviewing pop stars for years, but it was a feeling, what could beer people have to say? They work in a factory, they’re not artistes. How wrong could I be?). I thought it a ghost town. I loved what Steve was doing but I thought so what? There was a shabbiness about the place, an malnourished quality (a downhearted man in clogs lounging on the corner, work a memory). Past glories. This was the past.
I should have known better, especially as I studied history at college (ask me about 1930s disillusionment, George Orwell and Spain, the International Brigades and people’s armies and you’ll not escape for a while). This contempt came to fruition when I wrote the criminally overlooked Big Book of Beer, I had a spread called the beer towns of Britain — BurtonOT was included more for nostalgia than anything else, it was almost written as a lament rather than anything else (I always thought BurtonOT represented all that was red-faced and big-bellied about beer). The spread was dropped for space reasons (I can send it out if anyone’s interested). That was me and BurtonOT until now.
The thing is: BurtonOT is certainly no Bamberg with a brewery on every corner while the past weighs even more heavily here than any other former beer town than I know (perhaps you get an echo of the past in parts of Edinburgh and London). Yet, this visit has filled me with a desire to get to know the place better. Yes, it’s rundown, it’s got the feel of a place that the 1980s bypassed (maybe a good thing) and I didn’t always get good beer (I don’t normally name names but the Bah Humbug at the Roebuck was appalling), but…
If British brewing has to have a centre, an ancestral home, a place where people can come and pay homage, a place where ghosts can be seen and the past remembered then it’s got to be BurtonOT. And before I got my train back this lunchtime I spent a jolly hour in the Coopers, a place that Pete Brown recently told me was one of his favourite pubs on earth. I drank Draught Bass for the first time in donkey’s years and enjoyed it, I chatted with regulars who brought their lunch to eat with their pints, felt at home, took a carryout of Sarah Hughes, didn’t want to leave. Here was the essence of BurtonOT. 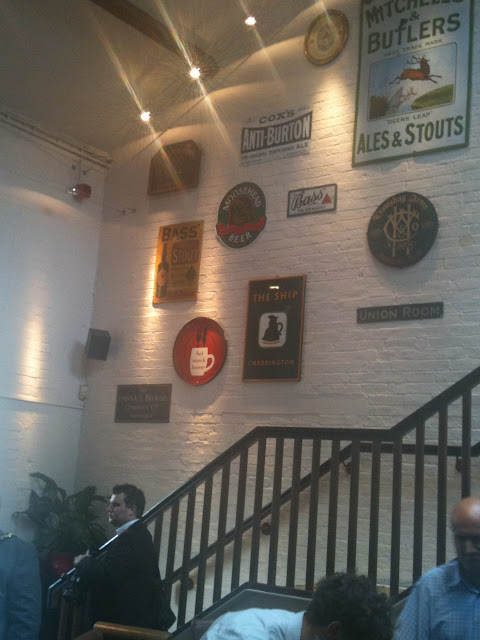 To cobble something together with Yeats in mind: Pilsen, Munich, Edinburgh, London, Burton. I have seen them at the close of day. A terrible beauty is born.
Posted by Adrian Tierney-Jones at 17:03