White Shield — some personal thoughts and a mention of Holsten 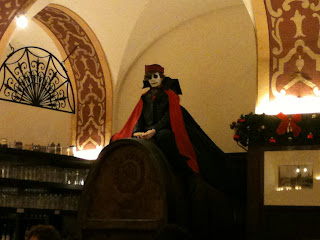 Holsten for me mate! I can remember when I first came across White Shield. Third year of college. Several of us in a pub — for some reason I always think the Free Press, but am not sure; it could have been the Blue Ball or some god-forsaken hole en route to one of the climbing club’s weekends away. But all I remember is my mate Simon ordering this bottle of ale and the barman pouring it out very carefully — did he say so as not to disturb the yeast? I don’t recall. I do remember tasting the beer, pulling a face and going back to my Holsten (a popular choice in those days — 10 bottles on a Friday night and I’d come up smiling on a Saturday morning ready for a cooked breakfast, the Guardian and lusting after Sally James on Tiswas). Was it this one-sip stand the reason that I’ve always had a rocky relationship with the beer (I call it a beer rather than a brand, hope that’s ok…) — looking at my notes for the King & Barnes-brewed one in 1998 I felt it too ‘fizzy’ (email me if you want whole chapter and verse, the learning curve was yet to come). I was pleased when it returned to Burton (history and all that) and Steve Wellington became its curator — he was my first ever beer interview and I remember being nervous about what I would ask him, I mean I’d been interviewing pop stars for years, but brewers… Anyway, over the years I kept being disappointed with White Shield, it was ok, but… I didn’t get it. Fast forward to the end of last year and a chat during a Burton beer dinner saw some White Shield coming my way for ageing — my theory was that the beer is released too young, too frisky, too coltish, too prone to dancing the light fantastic on the palate and making you think: so what… So I have left my White Shield for six months and this is what I thought. Am I right?

Dark golden caramel in colour; on the nose notes of nuttiness, wood, a bittersweetness (almond hints), some marzipan, a brief flurry of sherry-like notes with a Cointreau like orange character though without the fullness; the palate is bittersweet with a dry finish if you want to be basic, but there are hints of orange (orange blossom even), that nutty woodiness, and a fatness from the alcohol. It’s a library of beer with a babel of accents and voices, but there’s also a subtlety of taste; I’m not interested in raising the ghosts of IPA but it is a pretty noble beer at this age; in the finish there is a hint of roast hazelnut — talking of which the finish keeps reverberating away like the last notes of a finished symphony moments in a concert hall (if you’ve experienced this, you sit there and have a struggle in reconciling the reality of the end of the concert with the almost physical sensation of the music still extent in the air — I think Mahler’s 2nd is best for this). The beer is refined, restrained but yet cleavage-like in its tantalisation (this is the article that inspired me here) — rounded, luxurious, voluptuous. I rather think I like it these days but I would always leave it for several months. As for Holsten? Whatever happened there?

Posted by Adrian Tierney-Jones at 08:00