By the long bar 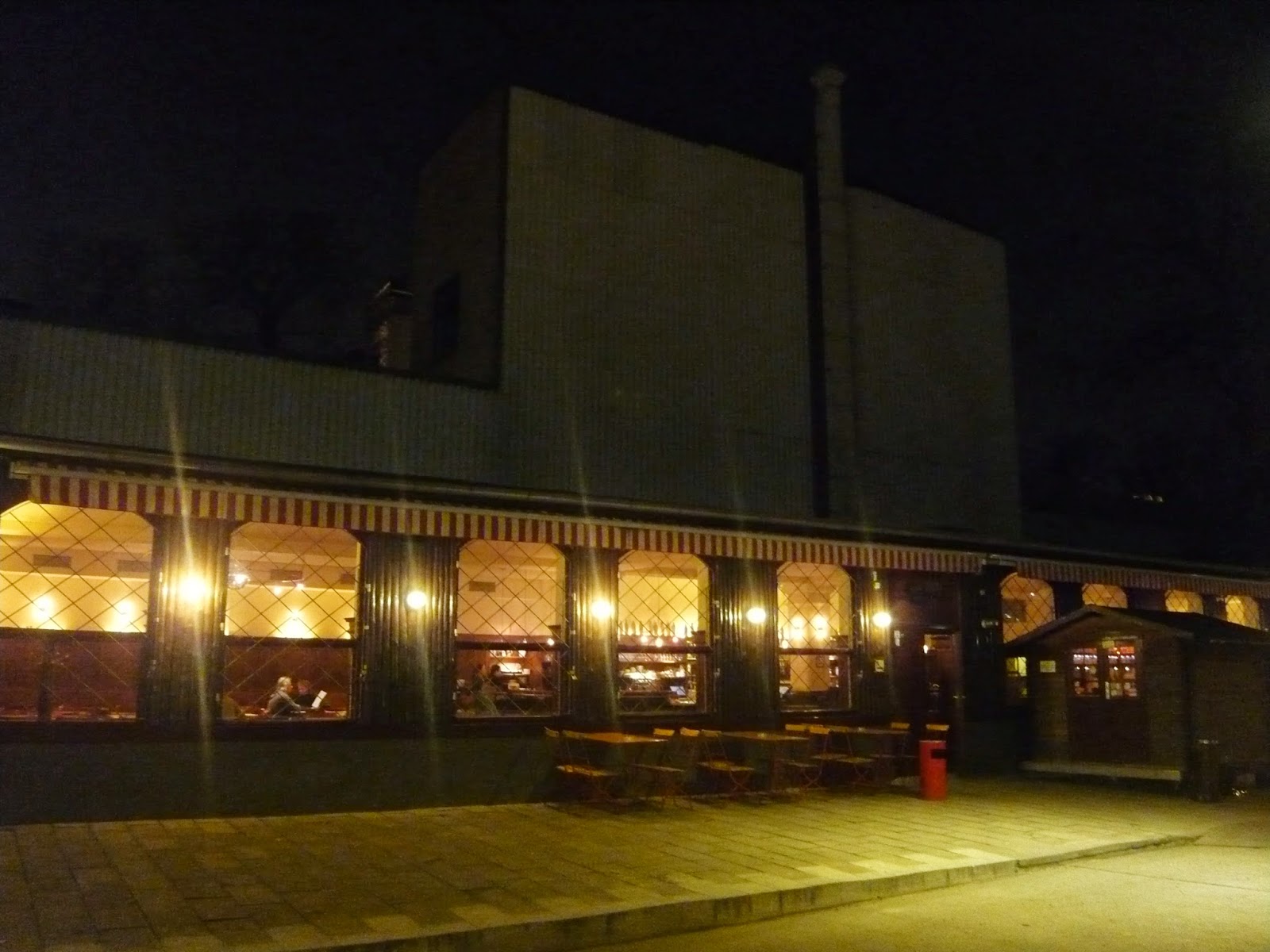 In the summer the beer garden buzzes and the voices of hundreds of happy beer drinkers rise to the clouds as they have done (with the odd gap due to historical interruptions, for after all this is Berlin) since the middle of the 1800s (which apparently makes Prater Garten Berlin’s oldest beer garden). However, this is the end of February and I’m here inside the long bar, sitting on a stool, one of several that gather at the long bar, still and sentinel like in the way they place themselves here every day and night. The floor is wooden, the bar is wooden with a marble effect top; the tables are wooden, the kind of wood that’s in distress as soon as the day dawns and light strokes its surface (the wood ends halfway up the wall and there’s a sort of Dairylea yellow colour the rest of the way and across the ceiling). The windows are arched and mullioned and I also note a couple of stuffed birds, stranded in perpetuity in the corner of this long bar. Further on, to the left of the long bar, the room opens out, tables and chairs in rows, dotted with early diners, knives and forks handled, gliding through the still air, cutting, spreading, stabbing, lifting, the rough but strangely balletic poise of the motion of eating. And finally, my eyes rest on a small stage at the back of the larger room, presumably a respite for a musical interlude, dare I think brass and bratwurst and a Berliner’s burst of Oktoberfest? Or will it be Brecht?

Thoughts on the room gathered and garnished I turn to the beer in front of me on the long bar: it’s the Prater Pils that is brewed for the pub by Berliner Kindl Schultheiss Brauerei (in my ignorance I thought a brewery might be somewhere on the premises). Into the glass it goes, a pale golden yellow with a whipped egg white purity of a foam head; a delicate touch of a hand on the shoulder aroma of bready and warmed grain with a lemony sweetness in the background; meanwhile crisp carbonation, lemony bitterness and a dry finish sing their song on the palate. It’s an ample beer and just the job to satisfy a thirst that has grown and grown after an afternoon spent cycling along the route of the Wall.

This time I plump for the Schwarz, which is rye bread, liquorice, alcohol and cinnamon and then some treacle, molasses perhaps and a dry malt loaf finish, which to me suggests that I need to reinvestigate Schwarzbier as a style.

And in the meantime, footsteps sound on the wooden floor and the purr of voices changes to a swirl as more drinkers and diners enter, while outside on the Kastanienallee Berlin’s evening traffic passes on by as certain and as pertinent as the stream of history that Prater Garten has drifted along since the day it began.

Posted by Adrian Tierney-Jones at 10:58