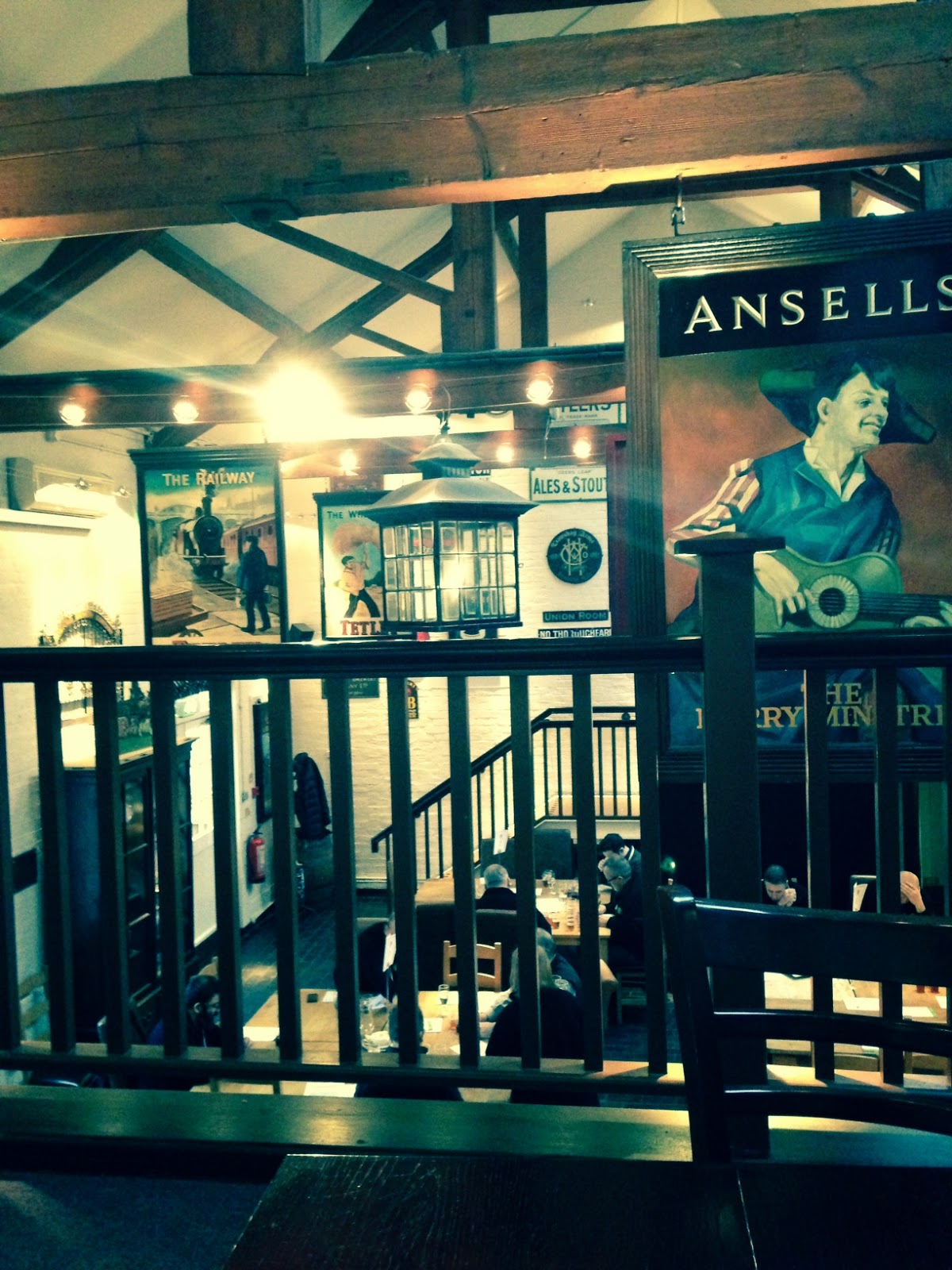 Beer judging, a swirl of the beer in the glass, a discreet sniff, a sip, a spoonful perhaps, a swallow, then carefully writing down the evaluation, discussing the beers, a brief eruption of laughter, a flurry of conversation, then back to contemplation, while the stewards bright and cheerful flit about and it’s ‘good morning table 8’. A judge puts the glasses of beer in a semblance of order, slightly higgledy-piggledy, another has them in a regimented line, while the brewer next to him has his gathered together, huddled together as if they discussing an urgent secret. Yet another has his glasses in an arc around his notebook. This room in which they judge in the National Brewery Centre is a place that resonates with the past of brewing and beer and pubs — retired wooden inn signs hang from the ceiling like regimental flags in a chapel, The Merry Minstrel, the Railway. A measure of past glories, names consigned to history, memories of a simpler time perhaps?

In this space where the judging takes place at the International Brewing Awards and mindful of the sense of silence the chief of judges sits on a chair, alone, silent, watching, observing like a father prior keeping an eye on his younger charges. And then the murmurs seem to have stopped and I am aware of a silence, a sudden silence as the judges laser-beam their concentration on the job in hand. The silence passes and small bush-fires of conversation flare up, ‘this is the one I have a problem with’, ‘it could be a conditioning issue’, ‘it was in the middle that I thought that there was some slight diacetyl’, ‘this is my favourite’, ‘overripe fruits’. And now the chief of judges is off his chair, patrolling the tables, words here and there, the watchful father and as the morning goes on the conversation ebbs and flow and I’m put in mind of some lines from Arnold’s Dover Beach: ‘Where the sea meets the moon-blanched land,/ Listen! you hear the grating roar/ Of pebbles which the waves draw back, and fling,/ At their return, up the high strand,/ Begin, and cease, and then again begin.’

Today though the time for contemplation and evaluation is gone and the medals are due to be announced and the mood will change to one of jubilation and commiseration and meanwhile most of the judges have flow, returned to Portland, Cornwall, Patagonia, Bavaria, while the beers they judged, the ones that win, will gleam and preen themselves for this is the moment of their glory. Brewing champions indeed.

Brewing Champions, my history of the International Brewing Awards will be published in the next few weeks.

Posted by Adrian Tierney-Jones at 11:37