The Canary in CAMRA’s coal mine 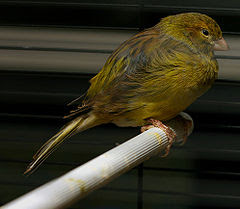 In London Drinker I read that the CAMRA branch in Bexley (which is somewhere between the Thames and Brighton I think) is in danger of being wound up because they are not getting people coming through to serve on their committee. I wonder if any branches have actually gone that way? Will Bexley be the first branch to turn out the lights and leave the area to ravaging hordes of WKD-swigging Vandals?

As CAMRA gets more and more successful and bigger, it seems that getting the people on the ground is getting harder. Branches seem to be ageing from my limited knowledge here in the southwest and the same people serve year after year. CAMRA might talk of a change in the public’s attitude to its much mocked image as a sandals-and-sores society, but maybe that is not the perception at a local level. Or are people generally not willing to get involved in anything? Morris Dancing is supposedly on the wane (though not Rapper or clog dancing), while the WI probably has a problem in getting people in to sample their jams and calendars.

The point of this post: is Bexley the canary in CAMRA’s coal mine?
Posted by Adrian Tierney-Jones at 14:50