The best beer in the world for 15 minutes is… 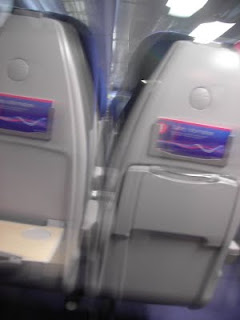 Here’s an experiment: on the way back to Somerset from a tasting (ooh look there’s Newbury dashing past), I decide I want a drink with my packet of crisps. Arkells 3B, Strongbow, Carlsberg or Guinness? What a choice, and all in cans. I plump for the latter, I haven’t drunk it out of a can for years and recently have been enjoying the odd pint at various rugby clubs as I follow my lad around the schools and clubs of the west country (oh look it’s Wednesday it must be Glastonbury or is it Tavistock?). So there’s a can of Guinness to the right of me, some of it spilt (Hungerford rushes by, an enticing looking Fuller’s pub by the station), but most of it in a plastic glass — such connoisseurship.

Why am I doing this? I think it’s because I spend my time being precious about my beer — had a swift half of Schönramer’s Roggen bier at the White Horse on the way back to Paddington and very good it was; I like their beers a lot, I remember being introduced to their brewmaster Eric Toft at the WH a few years back. Maybe one can be too precious and forget that the majority of beers that people drink are the sort of beers that I dismiss. Budweiser — I like rice with curry not in beer. John Smith – shaving foam. And so on. But, strangely enough, Guinness is still regarded with fondness.

So how does it taste? It’s cold, it’s got some body to it, some roast burnt notes, no creaminess, singed chocolate/overused coffee beans, fast finish, not unpleasant but — and here is a big but — given that I have spent the lunchtime evaluating beers like Brooklyn Chocolate Stout, Wms Bros’ 80/-, Aventinus, Jaipur and Glazen Toren’s magnificent gusher of a Saison, d’Erpe Mere, it has a lot to live up to.On the other hand it’s suiting my mood of the moment and perfectly acceptable. So for the moment it is the best beer in the world (though I might have a cider at the Plough before getting the bus home when I get into Taunton).
Posted by Adrian Tierney-Jones at 19:46