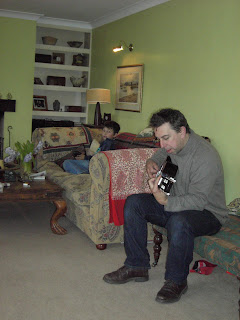 I wish for a Wrasslers XXXX I tell myself. I wish for this bittersweet symphony of a dark Irish beer, a creamy yet cutting concoction that knocked the spots off Guinness the last time I had it at the Porterhouse in Covent Garden. A pint of that if you please I say, amidst the copper tubing, the constant beats and the wash and froth of voices. Sit in a corridor of sorts, a wall of bottles to my left, Berliner Kindl jumps out and says hello — does it know that it is the snow leopard of beer styles. A couple in a booth ahead of me. She has her back to me, cherry red top; he faces me, though hidden by her, a suit, that’s all. All are voices.

The beer is dark with an amber cast. It’s bitter, but it’s also sour, ripe dark plums when the Lucozade-orange flesh gives way like sodden tissue. Should it be like this? Creamy mouth feel, espresso coffee bitterness with a sprinkle of black pepper, rather appetising.
‘We have to be on the same wavelength.’ He says. Her back to me. Second rate psychology derived from a bastard child problem page after GQ has had its brutal way with Closer. She’s drinking juice through a straw. ‘You’re right,’ he continues, ‘any relationship…’ It’s like tuning in and out of a radio station before digital promised us the world.
On the beer there’s a sourness on the nose that won’t go away, it’s there in the flavour, briefly, a dog barking in the night, but chased away by the dark malts. Has it been too long there?
Her red jacket is caramel red, not too dark, not too bright, hair is layered. He’s got full hands, all the better in the past — he’s getting on after all — to grab a rugby ball. All around the hubbub of music and voices.
The beer remains sour on the nose. Someone got disappointed tonight, I’ll leave you to guess who.
Posted by Adrian Tierney-Jones at 23:21