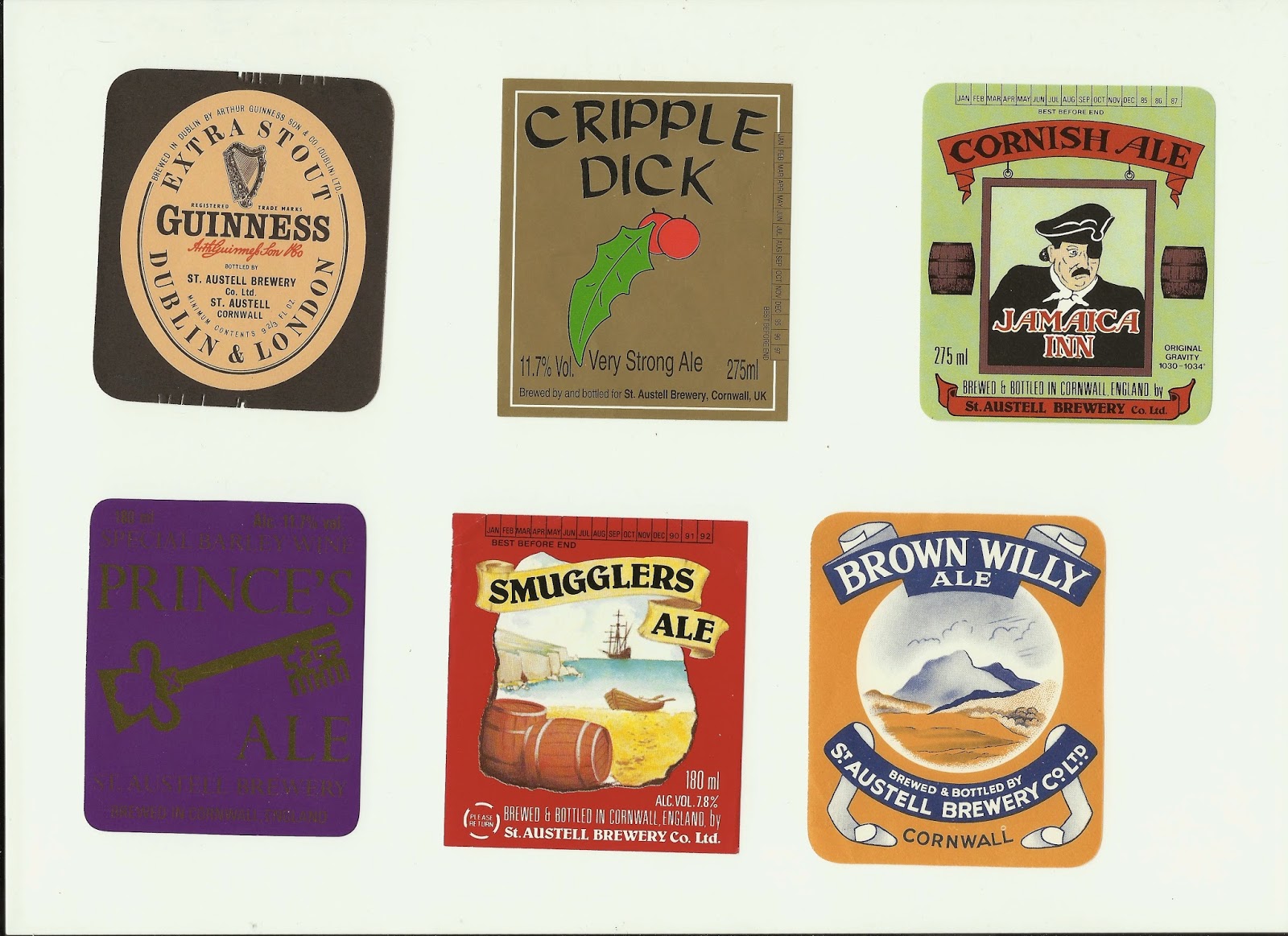 Those were the days my friends and we thought the laughs would never end etc etc and so on, but here is the real past: beer labels that St Austell faced the world with in the 1980s and 90s. Smugglers Ale with the barrels, sailing ship and a lonely cove, close to a kids’ visual ideal of Cornwall; Cornish Ale, presumably made for the Jamaica Inn on Bodmin, whose parrot was ever so moth-eaten I seem to remember when I stopped by there in 1989, and then, and then, he pauses for effect, we have the gloriously entitled Cripple Dick illustrated by a holly leaf and couple of cherries. I think we got the joke. Oh things were so much more innocent over 20 years ago or not (oh look there’s Brown Willy, which is actually a hill on Bodmin for those of you who might take offence at this, pass me my smelling salts). On the other hand here’s a Guinness label, as bottled by St Austell from a time when a lot of breweries did such a thing. Artefacts from the past, embracing in their embarrassment indeed but not to be forgotten. The more light we shine on the past the faster we go forward — there’s nothing to hide here but naff branding, which a lot of breweries are complicit in (be interested to see how some of today’s imagery stands up in a couple of decades time). Fashions and tastes change, the future isn’t an incline or a decline, whatever exponents of both will say; the future muddles on though Cripple Dick (and its spiky graphic) is thankfully a thing of the past (though it’s not for me to say that’s a huge social benefit or not).