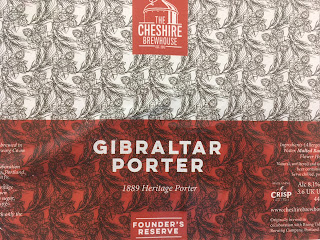 Here is a porter from Cheshire Brewhouse, based on a 1889 recipe from Mew Langton Brewery, which plied its trade in Newport on the Isle of Wight and was eventually acquired by Strong in 1965 and shuttered four years later. It’s a muscular, robust kind of porter with plenty of toffee, dark fruits (currants, raisins) and coffee on the nose, while it has more coffee, chocolate, a charred dark fruitiness (maybe dark plums in a crumble?), a slight roastiness and berry notes on the palate before finishing sweetish, dry and bitter. It is also soft and silky in its mouth feel —I see it as a reclining kind of beer, which is what you would be doing on your comfortable divan after several of these.

As I drank and thought about this beer, another strand of thinking emerged, on porter, about how modern porter represents heritage, resurrection, revivalism, survival, sleekness and elegance, creaminess, soothing hands on the brow, sullenness, versatility, generosity, history, bats flitting through the twilight, the hug of remembrance and comfort and solitude and fortitude that darkness brings and then I came to the word changeling, the old idea of a newly born baby being replaced in its cot by a wily, rough and corrupted substitute.

I then moved onto thinking about how our modern tastes might not have liked porter in the 19th century and that its contemporary re-imagining is almost like a changeling in reverse, the wily, rough and corrupted porter variants of the Victorian age being replaced by a more pleasing and sweeter-smiling child. And then further along the thought process I ask myself the question — are all the traditional and historic beers that today’s breweries are playing with resurrected changelings?

Changeling or not, this delicious porter is available from www.cheshirebrewhouse.co.uk 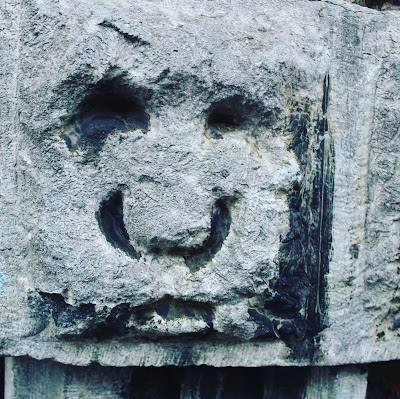