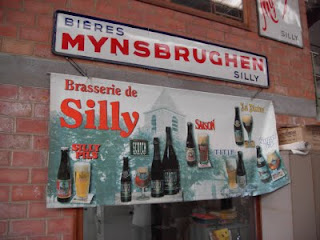 I love Saison, and am currently in the middle of researching a feature on it —yesterday, a 750ml bottle of Dupont and the same of De Glazen Toren Saison De Erpe-Mere. The difference is fascinating: Dupont is austere and flinty, restrained in its sweetness, with a champagne like effervescence; while Erpe-Mere is sweeter and more voluptuous, a bigger mouthfeel, more generous in its tasting profile. Both were brilliant and natural choices with food, the Dupont giving a great big hug to a creamy blue cheese, while the Erpe-Mere was a winner with roast pork. Saison is one of the great unsung beer styles of Europe — though both US and Italian brewers have not ignored it. Amongst the Italian saisons suggested by beer maestro Lorenzo Babove there are Birrificio del Ducato’s New Morning and Wayan by the incomparable Teo Musso; while over in the US I have a bottle of Victory’s Saison V waiting in my cellar and am intrigued by Saison-Brett from Boulevard Brewing. Purists might blanche at the thought of US brewers getting their hands on Saison but beer styles are surely always evolving through time and I love the idea of a Bret-influenced Saison (the pic was taken at Silly, who produce a decent if unexciting Saison).
Posted by Adrian Tierney-Jones at 13:56