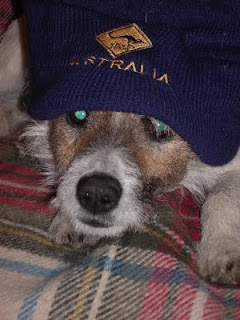 Just had one of the worst beers I have ever had: BrewDog’s Dogma (named after the crap film perhaps). But it’s not as easy as that. To confound matters it was followed by their Hardcore IPA, which is a wonderful interpretation of a DIPA and the hop bombs keep carpet-bombing my palate as if directed by Bomber Harris, but am thoroughly shocked by Dogma; it’s horrible. It’s like a piercing whistle of a beer with its high shrill notes of powdery guarana (I should know as I take the stuff when I Iay off the coffee) making it utterly unpalatable (in music terms Lydia Lunch springs to mind, no-noise New York rubbish from the late 1970s or free form jazz even). There is honey in it as well apparently, but if bees are vanishing I am not surprised if they are starting to produce this sort of honey. I suspect it’s a gag, a situationist, MacLarenist sort of jape that takes us all for mugs. However, I bought this at Sainsbury’s, and it is one of their beers that has got through to the supermarket’s beer finals. It can’t have been this severe to get through — or who on earth were the judges? On the other hand, maybe it’s a wry comment from BrewDog that whatever they produce it will be lionised. Clever and cynical — art school rock lives.
Posted by Adrian Tierney-Jones at 23:30