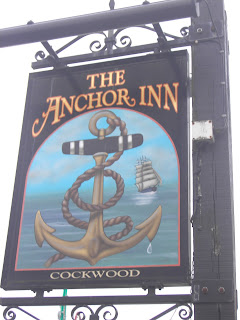 And the latest Good Beer Guide lands on my desk. Hefty beast but not as heavy as 1001 Beers, but I bet the word count isn’t far off the 250,000 words I spent six months sifting through in 2009. I first bought the GBG in 1992 when I soon discovered the difference between recommending a pub in its pages to my then girlfriend (whom eventually became my wife) to one that was in the Good Pub Guide. One Sunday lunchtime we visited a GBG-recommended boozer in Dorset. I think she expected grub and gingham, but she got a room full of old guys leaning forward and peering at these two out-of-towners, one of who was burbling with excitement because Eldridge Pope’s rare porter (Blackdown Porter?) was on tap. After that, it was the Good Pub Guide if she was in the car and the GBG if I was out on my own or with friends (though many pubs overlap between the two). Roger Protz has been editor (on a second stint) since the turn of the last century (1999 that is) and he’s been doing the rounds of the media today — I suspect this is one of those times when beer is guaranteed to get a good hearing (BTW I got an press release email today that told me about the Pope’s love for Spitfire…flippin’ heck, what next a t-shirt with ‘I downed a Spitfire’?). Thoughts on it? The GBG is an institution, and like all institutions it doesn’t please everyone (like my wife) but it’s strong enough in its own skin to ride over those who might snipe at it; because of the voluntary nature of CAMRA and despite the best efforts of the members (I’ve done the surveys, I was out on Exmoor on a cold January night, went into a pub I thought worth recommending and the barman pulled me a half and said that he hadn’t pulled one through that tap for a couple of days…) it can’t always cover everywhere; there are occasions where I have gone into a GBG pub and thought like my wife-to-be did all those years ago (a sign of increasing age or just irritation with wall to wall tickers?). I also miss the articles at the front from various writers — I have an old GBG from the 1980s where Michael Jackson writes about American beers. The stuff on the Global Giants can be a bit Dave Spart too but hell this is CAMRA’s (and Roger’s) gig and it hits the solar plexus where it counts (ie promoting beer). It’s magnificent that it continues on its way and even as I use it for the now I also use it to delve back into the past  — Cambridge for instance has many of my old haunts; then there’s the King’s Head in Llandudno, the first place I ever called my local. So there you go: pub-listing Proustian porn for all. I recommend it for that alone (not sure if the wife does).
Good Beer Guide 2011, price £15.99, though you get discounts if a member or go through Amazon. 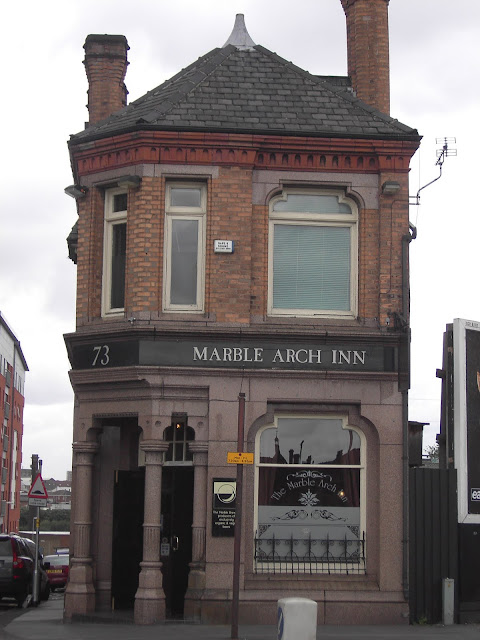 Posted by Adrian Tierney-Jones at 22:58