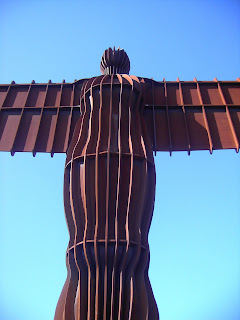 When describing a beer the scent of lychees and oranges and bananas pinches the nose time and time again, or maybe ripe skin of apricot, mango and melon; but oddly enough I’ve never sat down with a lychee, orange or banana and thought about how it might or might not smell of beer. The traffic is strictly one way. Even as an avid user of such descriptors I’ve always wondered if there are other analogies I can bring into play. It’s the continual battle over how to describe beer without falling into that massive elephant trap of cliché. This time my naval gazing has been occasioned by the reading of the introduction to the Penguin Book of Food and Drink, edited by Paul Levy. In said intro, Levy notes how you might find a raspberry note in Burgundy but no Burgundy notes in a raspberry. But what does a raspberry smell of? Raspberry.
Yes, we all want to say something about the beer in our hands that escapes the miasmic suck of cliché and so beer writing sometimes loops itself into the language of wine — and why not? At the end of the day what the writer wants is to feel a good job has been done, that what is on screen is something that they are happy with. Yet, you could also argue that to take the in vino veritas route is a bit of a cop-out, rather like dressing up like Clarissa Dickson-Wright even though you cannot cook or talk on telly.
Why the worry? I’m rarely happy with my tasting notes. There’s always a feeling that the perfect description is just over the horizon, just out of sight. I recently polished off a bottle of Fuller’s Vintage from 1999. I wrote some brief notes: ‘vanilla, ice cream with bitter bite, fudge and vanilla fudge’. That’s it. Did I enjoy it? Yes, but really? Vanilla? You could do a tasting with beer virgins and it would certainly perk things up, but what does it mean? What does vanilla smell and taste like? Vanilla of course. However, you might want to use abstract words to describe vanilla — luxurious, sensual, elegant, and moody. What about fudge? It smells of vanilla if it is vanilla flavoured, but would you call fudge luxurious and sensual. Of course not. It’s cheerful, workaday, pleasing. So do abstract words for beer work? Instead of vanilla and fudge with a bitter bite, the Fuller’s Vintage 1999 is a sensual, luxurious beer perhaps? Work it out a bit further — is it silky? No the bitterness wouldn’t work with the silkiness (bit like massively hairy legs in silk stockings…). Smooth perhaps? No. I have an aversion to the word smooth — it makes the beer sound like a piece of music from Smooth FM, but there’s an idea, why not use music as an analogy? Ravel’s Bolero, perhaps? The slow and majestic movement that accompanies Siegfried’s funeral pyre in The Ring?
So far, it’s a sensual and luxurious beer, but there’s also a need for a word that’ll describe the bitterness reining in the vanilla fudge. How about stern? Might be too redolent of some seedy basement flat where Mistress Stern does her business, but lose that association and I think it works. So here’s the starting point for my tasting notes for Fuller’s Vintage 1999 — sensual and luxurious on the palate with a stern bitter bite keeping any over indulgent tendencies at bay. Not perfect but it’s something to work on.
Posted by Adrian Tierney-Jones at 16:09